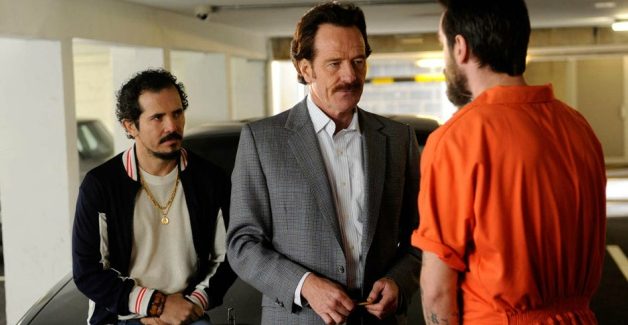 WASHINGTON FILM INSTITUTE
cordially invites you to a SPECIAL FREE ADVANCE SCREENING OF:

RSVPs are now closed. Hope to see you next time!

Important Note: Once you have clicked the link above and signed up, when you get to the Cinema, please SKIP the Box Office, proceed directly to the FRONT OF THE LINE at the Ticket Gate in the Lower Lobby and check in with Staff at Will Call there. DO NOT WAIT IN THE GENERAL ADMISSION LINE. Do not be late or we may have to give your seat away. And please don’t RSVP unless you really can make the screening.  Since seating is limited, we cannot take everyone who is interested. Thanks!

Based on a true story, Federal agent ROBERT “BOB” MAZUR (Bryan Cranston) goes deep undercover to infiltrate Pablo Escobar’s drug trafficking scene plaguing the nation in 1986 by posing as slick, money-laundering businessman Bob Musella. Teamed with impulsive and streetwise fellow agent EMIR ABREU (John Leguizamo) and rookie agent posing as his fiancé KATHY ERTZ (Diane Kruger), Mazur befriends Escobar’s top lieutenant ROBERTO ALCAINO (Benjamin Bratt). Navigating a vicious criminal network in which the slightest slip-up could cost him his life, Mazur risks it all building a case that leads to indictments of 85 drug lords and the corrupt bankers who cleaned their dirty money, along with the collapse of the Bank of Credit and Commerce International, one of the largest money-laundering banks in the world.