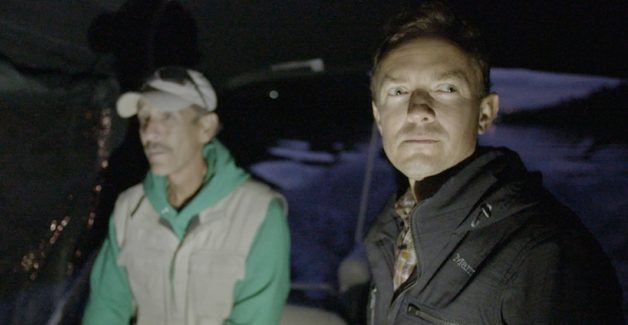 This documentary film, What Lies Upstream, would justify the tag “ripped from the headlines.”  The day I saw the film, national and international headlines read “5 Charged with Involuntary Manslaughter in Flint Water Crisis.”  The charges were related primarily to the failure to prevent lead leaching from pipes into the water supply and failure to address a series of Legionnaires Disease infections in the area’s corroded pipes.  The charges were serious and included involuntary manslaughter and misconduct in office:  felonies that carried sentences of up to 20 years in prison. Remember lead seriously affects the brains of growing children and diseases spread by water can kill people, particularly those without robust medical resources. Whether or not the decline in the economy of the community contributed to this crisis, it is certain that this catastrophe has almost killed the town.  Even truckloads of bottled water cannot begin to repair the damage.  One newspaper article describes a home being sold for $5,000.

This carefully shot film shows that all too often the local, state and federal agencies that are supposed to guard our health are complicit with industry and more fearful of increasing costs or reducing profits than of carrying out their responsibilities. We should all watch carefully to see the source of campaign funds for our officials.  These people were repaying the piper.

My advice is don’t waste time feeling sorry for the people being charged, many more officials in a number of states are literally getting away with murder.  What possessed Cullen Hoback to make this film?  Yes, he was raised in West Virginia and was that the drinking water in Charleston was contaminated.  We all heard about the crisis in Flint.  But he stuck by it year in and year out.

He went to Flint and then to other areas such as Charleston and the District of Columbia with similar problems. He calmly listened to officials and members of the public and then went about filming it all with a devastating intensity.  He didn’t make this film, he lived this film. “Don’t drink water that smells bad,” one man remembered his mother telling him.  Hoback shared what he learned exactly as he learned it.  And he is as dogged as a good documentarian should be, rattling locked doors trying to get into meetings, making endless appointments with officials and listening sympathetically to the people sickened by the water.  I doubt he will ever drink anything but bottled water again.  One scene slows Hoback with a Flint official on the Flint River fishing.  It is worthy of a horror film as they catch a small, perhaps stunted fish and contemplate eating it.  Even he seems aghast at the idea that while he hadn’t drunk the water, he had bathed in it.

I grew up in Michigan and loved its lakes and rivers.  This film has flowing sun-lit water throughout as a major image.  It is shot simply to a major effect.  It captures the uncertainty of well meaning officials who want to help, but do not know what to do.  He interviews a doctor who is taking on advocacy in addition to medicine, but there is a limit to what he can do. He builds a damaging case against people in middle management as well as the directors of agencies involved.  It took a lot of people at all levels of government stonewalling the problem to make things this bad.  Chemicals had been dumped in the water by slowly failing industrial companies.  Huge tanks were slowly rusting and leaking dangerous toxins.  Tests were done for water quality, but not always the pertinent ones.  Protective regulations are useless unless enforced.  National agencies such as the Centers for Disease Control and Prevention failed the requests they received for help.  Simple decisions wrongly made become complex problems.

The work of countless activists, reporters and people like Hoback has forced officials to begin a costly, yearlong process of replacing pipes all over the city. Even now, officials recommend that only filtered tap water be consumed, and many residents say they can trust only bottled water, given false assurances they once received from state and local officials.

The doctors he interviewed were trying.  Some officials continued to struggle but had little success.  The residents now unemployed, regretted that coal mining jobs had gone and were barely able to believe that if an official told them it was safe to drink the water, that it might be dangerous.  The poignant visit of the filmmaker to a local official whose wife was pregnant is almost too painful to bear.  A subsequent visit after the little boy is born records the mother’s report that at first the child had some muscle weakness, but “now he is ok.”

Today, every day brings news of regulations carefully passed to protect our environment and our health being struck down.  Even though many existing regulations had been neglected, the thought that they are being wiped away at a time when the contamination of our waterways is so common is nothing less than sickening.  Agencies, even national ones, seem to think their job is to keep people calm rather than safe.