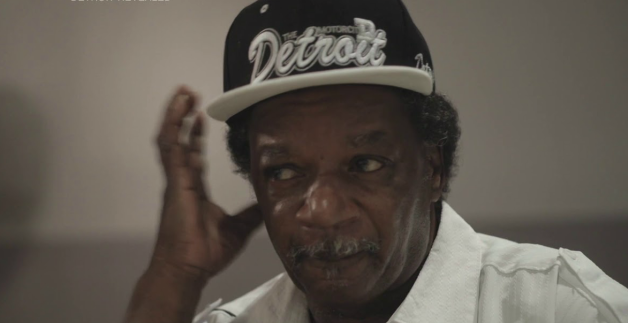 Presented by NHK World from Japan and the Washington Film Institute

On February 28, two fascinating and provocative documentary films were screened at Washington’s Press Club. One was a short promo film for “Hiroshima,” and the other was the feature film “Detroit Revealed.” A strange double bill at first glance until one realizes that the force behind both films is Cannon Hersey, grandson of John Hersey (1914-1993) whose books, Hiroshima and the Algiers Motel Incident captured not just the facts of each event, but also the implications. Cannon Hersey has dedicated himself to finding survivors of these American tragedies in order to learn how we can do better.

Hersey’s films show the long-term effects of the bombs on the survivors and upon both countries involved and in the case of Detroit, the results of the incomplete emancipation of slaves and segregation that persist until today. The auto and steel industries promised employment and the migration to the North promised equality: both failed. Hersey seeks to know the aftermath of our national tragedies and he has many more to examine, “Wounded Knee,” and the killing of Michael Brown in Ferguson, Missouri, for instance, all in the service of “perfecting” our nation. He trusts that once we know more, we will do better. The audience paid rapt attention and afterwards shared both hopeful and pessimistic thoughts during the discussion. In 1967, John Hersey wrote that every white person bore some responsibility for violence against African-Americans. A quick glance at today’s news would indicate many have at least taken this judgment seriously. Several audience members, self-identified as world travelers, shared the thought that the world hates us.” The audience was quiet as it left, too deep in thought to make trivial comments.

“Detroit Revealed” is a true, rather straightforward tracing of the shooting of three young black men who were hanging out at the Algiers Motel. During the Detroit riots of 1967, three young white officers responded to reports of a shot at the motel. Three young black men were shot and killed for all intents and purposes for being young black men. Two white women were there as well. A Federal trial was brought in Flint, Michigan in recognition that John Hersey’s book may have swayed Detroit jurors and no charges were brought against the officers. The motel has been torn down and the vacant lot remains a neglected green space. To say it is a metaphor is too easy. Taking down a building doesn’t erase its history.

Cannon Hersey did a formidable job mining Yale’s archive of his grandfather’s work and searching for other relevant documents. He has given us a moving sense of who the people were then and in some cases, as they still are today. Few of us will see the faded photographs of those who died, but films like this help us understand more of our history. Never think the films using these compiled documents and retrieved historical documents are naïve. The simplicity adds to the convincing nature of the arguments advanced by these films. Cannon Hersey is seen on film throughout his work, not out of egotism, but to demonstrate his dedication. His quiet persistence and his air of calm inquiry helps carry his message that we must do better no matter how devastating the crime or how difficult the encounter. He conveys a sense of sympathy for all involved regardless of their role. We all know there are many sides to each of these stories. He recounts some of the efforts made in Detroit to gain insights from the tragedies; a mock trial of the Algiers Motel incident and a Truth and Reconciliation effort. It must be admitted nothing seems to have helped.

The New Yorker and Condé Nast have made available an online complementary copy of John Hersey’s long article “Hiroshima” published first in 1946. This is a generous gift of a beautifully written report of an almost unthinkable event. John Hersey helped create “new journalism,” bringing the techniques of fiction to reportage that we now take for granted. His work is lucid and easy to read and understand, a worthwhile goal for any of today’s reporters. John Hersey was a writer for The New Yorker when its editors included Harold Ross and Wallace Shawn who deserve enduring credit for encouraging him. The New Yorker quickly set the standard for important reportage and criticism.