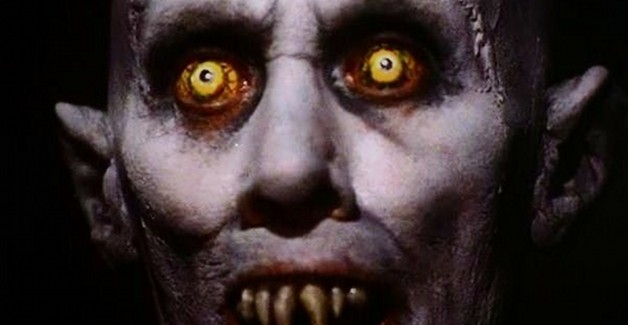 “Nosferatu” from 1922. Yes, this oldie is actually done well and is scary.

“The Night of the Hunter” 1955. This doesn’t immediately come to mind as horror, but it’s a terrifying film.

“The Haunting” 1963. A classic horror movie that many people forget about. Robert Wise, the great director, strikes again. Forget the remake.

“Night of the Living Dead” 1968. George Romero’s original, and his first of six zombie films (among others he directed), remains horribly terrifying today.

“Rosemary’s Baby” 1968. 1968 was a good year for horror films, and this was a very good example of modern-day, urban, progressive horror films.

“The Exorcist” 1973. Still frightening today. You know it’s scary when people leave the room during some scenes, which has happened twice during showings at people’s houses.

“The Texas Chainsaw Massacre” 1974. Thanks to this film, every haunted forest and haunted house and haunted trail attraction since 1974 has to have someone running around with a chainsaw (the cutting blades are removed, and the remaining metal is dulled, but the sound remains).

“Halloween” 1978. John Carpenter’s original remains the best of this series. You can forget all of the others, including the lame remakes, which aren’t scary.

“Friday the 13th” 1980. I actually like the first, original one—it was a classic campfire horror story—but all of the rest of them were just terrible, below-average.

“The Thing” 1982. This has creeped out many people, and at least two girlfriends have asked to “please turn this off, and can we watch something else?” during viewings. This is John Carpenter’s remake. Look for Wilfred Brimley going insane. The original is okay, but it’s not as scary as this one.

“A Nightmare on Elm Street” 1984. Some say it’s Wes Craven’s best movie, and you can forget all of the other ones. This one is original, has a good story, and has some bizarro scenes.

“The Devil’s Advocate” 1997. Al Pacino steals the show as the Devil, not-so-cleverly calling himself John Milton and working as the head of a corrupt law firm in Manhattan.

“Saw” 2004. The original stands as, really, the only above-average film in this series. A young James Wan directed very well, from an original story, and he has never looked back! Very clever story, backstory and plot lines.