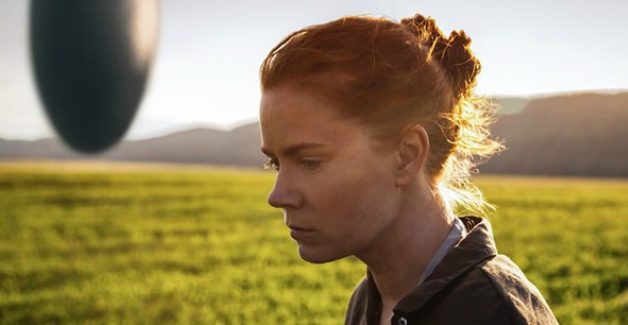 There is a murky, muddled subset of science-fiction films throughout history that, despite the best intentions of writers, directors and actors, the movies nevertheless end up being swallowed whole by their own self-importance, arrogance and unfortunate meanderings into pseudo-mysticism, pseudo-intellectualism, self-reverence, metaphysical meanderings and, basically, science-fiction mumbo-jumbo and gobbledygook—all of which ends up making these films unwatchable, unworkable and, sometimes, just plain laughable.  Among these misfires and failed experiments are “Interstellar,” “Contact,” “Jupiter Ascending,” “Cloud Atlas,” “The Matrix,” “Battlefield Earth,” the “Matrix” sequels, George Lucas’ unfortunate “Star Wars” second trilogy, and, yes, even “2001: A Space Odyssey.”

Why filmmakers continue to insist on trying to delve deep into these philosophical, metaphysical areas in their films–at the expense of story, characterization, plot development and even basic entertainment factors– is questionable, considering that this approach rarely works and it has been a cliché for decades.  Too many filmmakers approach the existence of aliens and otherworldly beings as some type of mystical, religious, philosophical event, rather than just taking the more grounded, reality-based approach that most science-fiction films—and most successful science-fiction films take—simply acknowledging that there are other worlds and other beings, and let’s get beyond that basic fact to have fun with some great stories, characters and action and special effects, too!  Philosophizing, analyzing, intellectualizing, pondering the great mysteries and awe of the universe is fine—within reason and in moderation, of course.  Intelligence, messages and even awe and wonder are fine, but too much of it ends up lecturing, being boring, slowing everything down and, again, eventually swallowing everything around it in the movie like some horrendous creative black hole of filmic death.

Alas, “Arrival” arrives dead on arrival and lands with a thud and a thunk into this morass of metaphysical sci-fi mumbo-jumbo, and, just like its counterparts, the film fails in the end despite the best intentions of the film’s director, writer and actors.  The able direction, strong acting, impressive special effects and even strong messages and themes are all there—but it’s all swallowed up by eventual self-important, navel-gazing pondering, wondering and delving; eventually ponderous, cliched and slow-moving storytelling, script, plot devices; stilted dialogue; and even clichéd storylines and characters.  “Arrival” arrives as a film seen too many times in this same manner, and in the end, it just does not connect.

The problem is the film’s overall ponderous, too-serious, muddy tone, story and pacing.  Twelve alien ships suddenly, abruptly appear across Earth, hovering oddly above the ground, close to the surface, with little communication, no obvious indication of the ships’ or their inhabitants’ intentions, and no apparent, immediate danger to citizens.  Apparently, and it’s all a bit muddled how this occurred, the ships just simply appeared, and no one knows how or why.  That’s interesting and could pose an interesting story about the subsequent ship inhabitants’ possible interactions with Earth—but it was just done in a superb, far more effective, intelligent and entertaining manner just seven years ago, in 2009, with “District 9.”  “Arrival” wants to be an updated “District 9,” but the film lacks “District’s” insight, intensity and more directly achieved intentions.

With apparently only limited luck with interacting with or communicating with the ships’ inhabitants, in the U.S., government, military and intelligence officials decide to contact a language, linguistic and communication expert, the somewhat likeable Louise Banks (Amy Adams, in a strong performance that ends up being one of those acting performances that is better than the overall film it’s in) to help communicate with the aliens.  Banks is teamed with a more likable, reliable and down-to-earth physics expert and mathematician, Ian Donnelly (a strong, grounded and steady Jeremy Renner).  That’s all fine.  But the clichés start piling up when Banks and Donnelly have to constantly fight with restless, impatient, by-the-book, scared and even, at times, dumb and stone-deaf-to-reason military and intelligence officials who basically just want to blast the aliens to bits without reasoning, diplomacy, interaction or intelligence.

That too-familiar conflict of the brainy, academic, studied and educated intellectuals constantly arguing with, screaming at and arguing with the more territorial, defense-oriented, bullheaded, firepower-wired and militaristic defense types has been seen in so many sci-fic, superhero, comic book and fantasy films, it’s time to just put that sci-fi storyline to rest.  There’s just been too many instances in all of these genres where the brains fight with the brawns, only to see everything devolve into disaster, with the attendant and also-cliched messages, themes and morals about how diplomacy, talk, discussion and intellectual interactions always win over military might and war and conflict, and how the mystical, almighty aliens are indeed peaceful with, apparently, all of the clues to meaning, existence life and the universe.  The academic-military fighting is just a sci-fi story structure that’s been used too often in same, duplicative manner.  The problem with “Arrival” is that back-and-forth goes on and on, with decreasing results leading to war and mayhem that end up just being tiring.

There is an attempt at a subplot, but that subplot, which really can’t be revealed without spoiling the basic story and film, is so heavy-handed, so desperate in its need to surprise the viewer or drag the viewer along on an ultimately unsatisfying conclusion, that it’s just weighted down by its own slow-moving, convoluted, complex nature.  In the end, the resulting conclusion of the plot and subplot don’t end up adequately complimenting everything else in the story that preceded it, the film’s third act is a letdown, and the story is not properly resolved or concluded in a satisfying manner.

As Banks and Donnelly try desperately to decipher the aliens’ language after making some progress in communicating with the strange beings who are walled up inside one of the ships that is hovering over the United States’ Midwest, dunderheaded military and intelligence types Col. Weber (a mumbling, at-times seemingly frustrated and confused Forest Whitaker, who can’t seem to orient his character or the character’s motivations and direction) and the even-more-dunderheaded Agent Halpern (a reliable Michael Stuhlbarg, doing well with an unlikeable, moronic character) get more and more frustrated with the academics’ progress and veer closer and closer to just falling back on military power and attacking the ship.

Even with a strong suspension of disbelief and understanding that this is science-fiction designed to try and tell a compelling story with a concurrent compelling story, the academic-versus-military conflict simply ends up being unappealing, clichéd and redundant.  “Arrival” needed something more—even something more than the attempted subplot that the film tries to rely on for extra tension and suspense.  In the end, the story, film and characterizations don’t work, all weighted down by that over-hanging self-importance.

Adams and Renner do their best and turn in strong performances, despite the story and film’s heavyhanded nature.

Science fiction, of course, in all of its forms, always need to be talking about serious issues; and sci-fi needs to always be examining and exploring the intersection of science, technology, aliens, machinery, mankind,  human nature and non-human nature; and the genre needs to always be taking a deep look at the always-troubling, varying nature of human and alien beings.  Along with a thousand other issues, themes and messages.  That’s one major factor that makes science fiction interesting, important and, at its best, entertaining—the genre’s intelligent, intellectual exploration of issues that stretch beyond the everyday and ordinary and that dare to explore, to borrow a phrase, the outer limits of existence, time, space and the universe.  However, the best science fiction writers, directors, producers and actors know that to produce the best science fiction, all of that intelligent exploration of important themes, messages and issues need to be carefully and delicately balanced with equal portions of pure, simple, fun entertainment.  When science fiction teeters too far into the metaphysical meandering mind games, the entertainment gets lost in the atmosphere and the stories end up being ineffective, dull, bland, lecturing and sermonizing to the point of being heavy-handed.  And that’s exactly what has happened with the aforementioned films and, alas, with “Arrival.”

“Arrival” needed just a bit more entertainment amid all of the heaviness.  As it stands, the film arrives just a tad short of achieving its intended lofty goals.