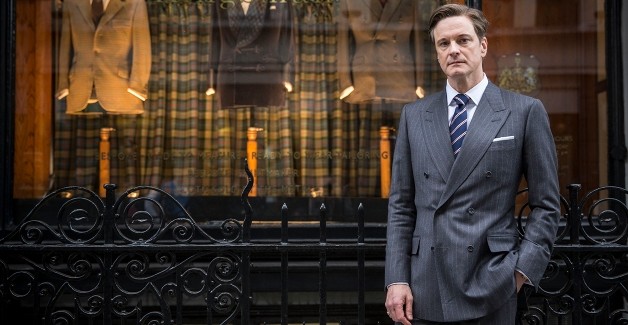 You know the James Bond films where there’s a beautiful girl and a ridiculous villain on the loose and Bond must save her and the world from that villain? And after a few predictably deathly situations (like being strapped to a table with a laser about to cut him in half) he defeats the villain and then gets the girl?

Well, Kingsmen: The Secret Service is not exactly that kind of spy movie.

It’s a dynamic action-comedy filled with gratuitous violence and self-conscious jokes about the fact that it’s a movie about spies, and it will be the most fun you have at the movies this month.

Kingsmen tells the story of Gary “Eggsy” Unwin (Taron Egerton), a boy in early adulthood from a lower-class family whose father was killed on a secret mission when Eggsy was a child. Though a smart boy, Eggsy’s teenage years were filled with petty crime. When one of his stunts goes awry and he is threatened with jail time, Eggsy calls the secret Kingsmen hotline and receives a “get out of jail free” card. He is also granted the opportunity to become a member of the Kingsmen, an elite spy organization, by the man who trained his father: Harry Hart (Colin Firth). While Eggsy is competing for the open Kingsmen position, Hart embarks on a mission to uncover a global threat posed by billionaire media-mogul, Valentine (Samuel L. Jackson). The plot soon grows into a full-blown plan of world destruction and Eggsy is called in to help.

Although many studios shy away from making R-rated films these days for fear of losing audience, Kingsmen wholly embraces its rating and gives us violence and action in a way that the James Bond films never could. The film is packed with ridiculous, far-fetched action sequences involving as much blood as a Tarantino film.

Though the plot sometimes wanders, Kingsmen maintains the audience’s attention by owning its ridiculousness and by playing up the spy genre tropes (and then poking fun at them). Valentine is a billionaire media mogul turned eco-terrorist with a lisp and a comical aversion to blood. He’s always accompanied by Gazelle, his partner in crime who handles all the dirty work — she has metal prosthetic legs with a knife-like component which allow her to cut people in half.

Like most cinematic spies, the agents of the Kingsmen are upper class, well-educated, and well-mannered. Eggsy is an outlier in this respect and is seen as an “experimental” candidate.  The film exposes us to the well-dressed stuffiness of British upper-crust culture, and juxtaposes that with the slang-slinging pub culture of Eggsy’s world.  There are also several amusing scenarios where American and British cultures clash — in one scene aristocratic British culture (Harry Hart) is forced to embrace American culture (Samuel L. Jackson) at a dinner party.

At two hours and nine minutes, the film runs long, but all the plot absurdity and action makes the time speed by. Kingsmen is worth seeing because it really has it all: references to the Knights of the Round Table, jabs at James Bond, adorable puppies, and a surprise, celebrity appearance – akin to that of Matt Damon in Interstellar (but better).  You’ll have fun.