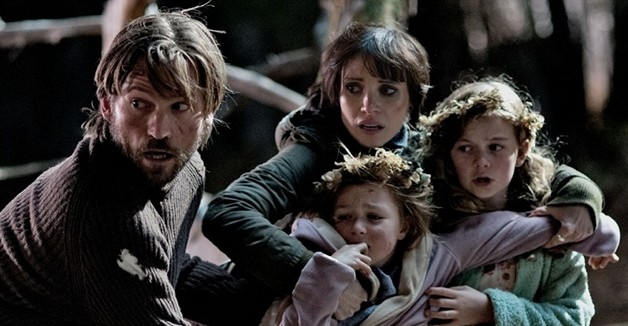 The last ten to fifteen years have not been golden years for the horror and science fiction genres, and even the most hard-core fans, followers, observers and supporters of the maligned genres will attest to that–readily, and with a weary sigh of exhaustion.  When, oh, when, will the money-starved Hollywood studios and clueless boardroom suits stop peddling this seemingly-endless parade of dumb, moronic, senseless, empty and consistently terrible sequels, prequels, continuations, remakes, re-visitings, re-thises and re-thats that not only dilute and deflate the histories of the genres, but also work to somehow stain and cast a dark cloud over the much-better, more thought-provoking, more intelligent original films, television shows and film franchises that the modern films offend by daring to adopt the original brand names.

There are many cases in point–hundreds of them, actually–but, in a nutshell: The world did not need–literally did not need–the remakes or sequels to John Carpenter’s original “Halloween;” the remakes (stolen remakes) and sequels to William Friedkin’s original “The Exorcist;” the remake or sequels of Wes Craven’s original “Nightmare on Elm Street;” the remake of Brian DePalma’s original “Carrie;” the remake of Richard Donner’s classic and beloved “The Omen;” any of the sequels, remakes or whatevers of Tobe Hooper’s original “The Texas Chainsaw Massacre;” the remake of “Dawn of the Dead,” any of the “Return of the Living Dead” sequels; and most of the modern-day zombie films, which are insipid variations on each other; and on and on. Additionally, the world also did not need the most recent “Star Trek,” the recent “Spider-Man” remake (absolutely ridiculous and unneeded), George Lucas’ last three “Star Wars” movies, the fourth “Indiana Jones” movie, any of the sequels to “Jurassic Park,” Steven Spielberg’s muddled, confused “Minority Report” and “War of the Worlds” (Tom Cruise deserves much of the blame for those two), the remake of “Total Recall;” the remake (or premake or prequel) of John Carpenter’s and Christian Nyby’s “The Thing;” or any of the “Alien,” “Predator” or “Blade” sequels.

There are exceptional exceptions here and there, of course, as there always is, but the standouts in horror and science fiction during the last ten to fifteen years have been too few and too far between.

So it was with a bit of hope and enthusiasm for the horror genre–just a bit of hope and enthusiasm, mind you–that some approached the new horror film “Mama,” which opens today, Friday, Jan. 18, because the film has as its executive producer Guillermo Del Toro, who has shown a bit of promise here and there with supernatural and paranormal subject matter, with the two “Hellboy” films, “The Devil’s Backbone” and “Pan’s Labyrinth,” among others.

Alas, it is with many weary sighs of exhaustion that it must be reported that all dashes of hope and dollops of enthusiasm are swiftly diminished with “Mama,” which, as is often the case with most modern-day horror films, shows some early promise in the first act, but soon finds itself with nowhere to go fast, and suffers from a slowed-down second act, and then a disastrous, disappointing, depressing and downer third act that really goes nowhere and leaves the viewer thoroughly reluctant that anyone can produce, direct and write a quality horror film these days.  In the end, which couldn’t arrive soon enough, “Mama” is sadly yet another cliched, hackneyed, standard cookie-cutter horror movie, with cheap scares, an uninteresting story, unsympathetic characters who are hard to care about or connect to, a terrible third act, and a terrible, downer final 10 minutes that manages to completely deflate and destroy everything that came before it.  I wouldn’t recommend it to anyone–even hard-core horror movie fans.  It’s instantly forgettable, and a disappointment.

One of the main problems with “Mama”–its horrible third act, or final 30 minutes–can’t be explained in detail without revealing major plot and story and character points, but, in summarization, again, the film suffers from that un-original, rushed, muddy, muddled and entirely unclear final act that destroys so many other horror films. These disappointing third acts appear to suggest that many modern-day horror film writers have a difficult time sustaining their original story idea for the duration of an actual feature film. These similar final acts all seem to nosedive into a series of ugly, gross, mean-spirited and depressing scenes that do little to lift the viewers’ spirits–yes, we are watching a horror film, but even with the darkest horror film, your spirits can be lifted with the acknowledgement that you’ve just watched quality entertainment–and do little to resolve the previous scenes with a satisfactory conclusion.  Many modern horror films just plain fall apart during the last thirty minutes, in other words.

“Mama” does start out with an intriguing tale–an actually inventive, interesting and thought-provoking story that does draw your early interest.  An insane Wall Street executive breaks down and kills his wife and kidnaps his two beautiful young daughters, taking them into the woods.  He takes them to a remote, uninhabited, broken-down cabin far out into the forest.  From there, through sets of circumstances, the girls end up left alone in the cabin in the woods, having to fend for themselves for a whopping five years.  A mysterious, supernatural ghostly presence in the cabin actually cares for the girls during those years, nurturing them and caring for them.  Meanwhile, the executive’s twin brother Lucas (Nikolaj Coster-Waldau) spends literally all his time and money looking for the girls, while his rock musician girlfriend, Annabel (Jessica Chastain) supports the couple.  Finally, trackers hired by Lucas finally find the girls–dirty, primal, fearful, uncommunicative and not exactly sociable, living in the cabin. They’re alive, but it’s a mystery to everyone outside of the cabin how the girls survived deep in the forest in a run-down cabin for five years.

Lucas and Annabel accept an offer from a psychiatrist, Dr. Dreyfuss (Daniel Kash), to live for free in a subsidized house in exchange for letting the doctor study the girls, now about eight and six, for a case study, and, maybe, to help the girls re-enter society.  Lucas and Annabel also accept custody of the girls (Megan Charpentier and Isabelle Nelisse), and everyone settles into the house.  And that means everyone–including the supernatural thing that cared for the girls in the cabin.  Of course, the domestic situation quickly goes to hell–literally–and people start falling down stairs, getting attacked, seeing things, having nightmares and seeing ghosts.  And worse.  The supernatural thing, which the girls call “Mama,” in that quickened whisper you’ve been hearing in movie and radio ads, doesn’t quite care for the new domestic situation and plan, and she makes that known with all manners of frights, scares, terrors and shocks. But the scares are not anything original, and they’re not especially satisfying. Part of the problem might be that Chastain’s character–not Chastain’s performance, but the character–is thoroughly unlikeable, horribly juvenile, and difficult to feel sympathetic for–it’s yet another in a long line of emotionally-stunted and mentally-stunted adults in films acting like they’re 8 years old themselves, instead of acting like mature, functioning, common-sense adults. And if you cannot sympathize or care about someone who reluctantly becomes the main character, you subsequently don’t care much for the film itself.  Lucus is abruptly, bizarrely taken out of the action early, and as soon as he leaves the picture, the film stalls and doesn’t recover until his character recovers. Taking the stronger, more grounded Lucas out of the picture early is among the film’s many mistakes.

Writer-director Andy Muschietti, who wrote the film with his sister Barbara Muschietti and scriptwriter Neil Cross, obviously took Lucas out of the picture early to set up a battle of love and affection, from the girls, between Annabel and Mama. That’s clear, and that was the intention, but it still doesn’t work in the context of the film. Annabel is not as emotionally connected and sympathetic as Lucas, and the film likely would have worked better if Lucas remained in the story in full-force for the duration of the film. The filmmakers also needed to make Annabel more likable, more adult, and more sympathetic. As for the two girls, they are cute, and have a presence, but it seems that often, they don’t have much to do or say except whisper “Mama,” talk in abbreviated sentences and phrases, look frightened or confused, and run screaming from one room to another.  It’s also unnerving–not in an entertaining manner–to see real children put in such horrific situations just for the sake of a film.  Horror filmmakers love to present children in horrific situations, but it’s always unsettling and unnerving to have to watch these machinations, even in the context of a horror film. It all just seems gratuitous and sensational.  To tone down that ugliness, and to help the story along, a few gentle, quiet, conversational scenes between the girls and Lucas and the girls and Annabel–more than what is in the final film–would have enhanced the relationships between the girls and Lucas and Annabel, and would have upped the confrontation level between Lucas, Annabel, the girls, and Mama.

Meanwhile, Dr. Dreyfuss starts working to unravel what, exactly, happened to the girls–and who, exactly, Mama really is. That part of the film is interesting, also, and that provides for a smart backstory to accompany the over-arching, present-day Mama story. But, again, the detective story seems to be left behind in a series of rushed scares in that awful final act, and a series of plot and scene missteps brings the backstory down a few notches.  The film should have focused on enhancing and playing out the backstory more in real time, alongside Dreyfuss’ work to unravel the mystery. This is presented in the film–in part and in abbreviated, too quickly-cut scenes–but there needed to be more backstory, and more background, in a more extended manner. That, too, would have enhanced the tension between Annabel and Mama.

Finally, the film stumbles through the dark forest in that cloud of mist and smoke to reach the thoroughly unsatisfactory, depressing and downer ending.  You’ll stumble out of the theater mumbling “mama,” but in a different tone and with a different inflection.

Horror movie fans will just have to keep looking for that next, elusive, above-average, quality horror film.  Meanwhile, the real horror will likely appear in the dark of the theater in the form of the next sequel, prequel, rehash, remake and re-visiting.  Beware the modern-day horror film sequels and remakes that go bump in the night.  They just might steal your moviegoing soul.