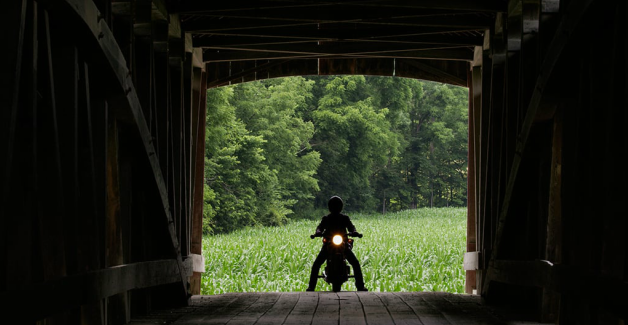 The poster for this movie lists eleven awards won at film festivals and it has probably won more since the poster was designed. It deserves every one. The screenplay and the acting alone would win honors. It is, at heart, a mysterious play telling of the sort of traumatic scars that many people hide as they go about their lives. The story starts with a soldier in an Air Force psychiatric hospital. Nothing is explained except that the man has suffered amnesia and is clearly traumatized.

The film is a modern tragedy, with the wounds of soldiers and others who protect us laid out in painful succession. The character and quality of the actors, script and the extraordinary skills of the crew come together to prove that when art gives form to tragedy we can benefit from its lessons. Even small parts are beautifully played and the major roles of Bob, the injured soldier played by Marc Menchaca, Jerome, his former buddy turned enemy, played by Jon Huertas; the lovely and loving Lucy played by Virginia Newcomb; and the parts of the children, Charlotte and Ralph acted by Dale Dye Thomas and Brody Behr are masterful with each committing body and soul to their roles. Adam Philpott playing Marty, a junior sheriff and Bob’s brother, perfectly portrayed a sense of ambivalent confusion. I have no doubt they are all skilled and experienced actors, but as director, Ham must have allowed each one to breathe life into their parts.

Throughout the film Ham has achieved a highly unusual command of impending danger and suspense and a deep understanding of the uniquely American place and character.

The tragic injury is both real and a metaphor. The film asks what is real? What is true? Can anyone love us? Can we continue? How do we recover and find balance again? At first I thought the film was about a soldier injured in wars of the Afghanistan or Iraq as we have seen so many soldiers return with both bodily and psychic injuries. But the soldier at the heart of this film had been a military policeman decades ago and had never been to a war zone—unless you count any military setting a war zone. The settings in Indiana are so familiar; anyone who has been to those parts has seen them. Everyone has passed by the old house. We know the farmer’s market with its sign, “Bob is here.” My brother had a truck like their old blue truck, except it wasn’t blue. Kyle Hamm has rooted his film perfectly.

Each setting, each costume, each beam of golden light is perfect. Ham edited his own film and it is put together in a very crisp way. Beautiful shots of sunlit fields, dark woods, and dangerous country roads help create the montage that makes up this soldier’s life.

The music supports and sometimes, guides the film. It provides an American soundtrack and is filled with the wisdom of country music.

It is important that the secrets of the film be kept, so I will not describe the plot. The film was truly twenty-years in the making. Ham had the good fortune as a student at DePauw University to read the stories and plays written by one of his professors, Steve Timm. A story written by Timm had haunted Ham. Eventually the team tried the studio route in Hollywood and then after almost ruining it with required re-writes and tepid responses, withdrew and eventually self funded this independent film. They made the right decision and it seems that the number of people who volunteered and those who “kickstarted” it, made the right decision too.

This is a hell of a first movie!