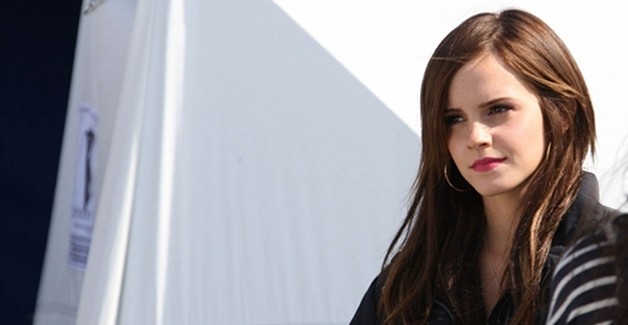 The hardest time to interpret is the time you are living in.   But for Sophia Coppola using real events it seems to be a snap.  She shoots it as it is in Bling Ring, using actors instead of the real people, but the film has the feeling of action in real time.  Reality is a victim in this film as it warps back and forth.  Truth is stranger than fiction, but what is it when it is truer than fiction?  The real people, teen agers in Los Angeles, couldn’t have played their real parts as they were too self absorbed, too drug riddled, too poorly educated to do anything but steal the possessions of celebrities who had become famous for being celebrities. (Think Paris Hilton robbed four times, and robbing Lindsay Lohan who at that time was in trouble herself for alleged shoplifting.)   Paris Hilton’s real house was loaned as a set and has rooms of jewelry, shoes and clothing.  One girl had a “reality show.”  Really.

The Bling Ring is a brilliant film that captures an elusive, but sordid truth while presenting it as a “caper film.”  It debuted at the 2013 Cannes Film Festival and guess what? There were two major jewelry thefts at the time.  The “crimes” presented a range from the destruction of children with profound neglect to grand theft of luxury bling.  The robbers, in turn, are cheated when a fence pays them $5000 for a box of stolen Rolex watches.  A real policeman in the case became a consultant and a player in the film resulting in serious criticism from the judge in the actual case.  While the teenagers, one boy, four girls seemed to merge in a very unhealthy way, they are actually almost totally estranged from each other and their parents.  From moment to moment they alternate in taking the part of “leads” or “supporting players.”

The film is studded with social technology such as Facebook, YouTube, Google Maps and the like.  The kids post pictures of themselves—really, they did—in stolen clothes.  And the celebrities post the surveillance videos of the criminals in the act.  The script, written by Coppola and Nancy Jo Sales (who wrote the original story for Vanity Fair in 2010) barely sets the stage with a few scenes of kids attending a school in Agoura Hills, CA—a place for kids failing in school—and then moves into the casually committed crimes.   Casual use of illegal drugs and alcohol is continuous during the film.  Doors in huge expensive homes were left open on the poolside or via a key under a doormat; ultra expensive cars were left unlocked to be rifled or stolen.   It seemed that security systems were missing or not set at all.  Press coverage at the time had the attitude that the crimes were victimless, as the victims seemed to invite them.  The public was tantalized by the crimes.

It’s hard to even focus on excellent acting in this film because the plot and the ethical complications are so enticing, but this is a very well played, well directed and beautifully shot film.  It has a clean stunning sound tract by Kanye West, Frank Ocean, Rye Rye, Reema Major and Azalia Banks.  At odd moments one heard the sound of a gun shot.  Even the supporting players, and in this film the parents are literally merely supporting players, are superb.  How do you act like an air-head without being ironic?  The part of Nicki, based upon Alexis Neiers, was played by Emma Watson.    Israel Broussard plays Marc, based upon Nick Prugo, the lone boy in the group.  His painful insecurity, vulnerability and low self esteem doom him to being a follow-the leader type of guy.  One of the shocks in the movie comes when he dons high-heeled red Louboutin shoes.  News reports convey that at the time of his actual arrest he becomes sickened by his own lies and begins to help the police, telling of crimes of which they were unaware.

The film is not light entertainment no more than was The Queen of Versailles.  These are moral films presenting evidence against our times.