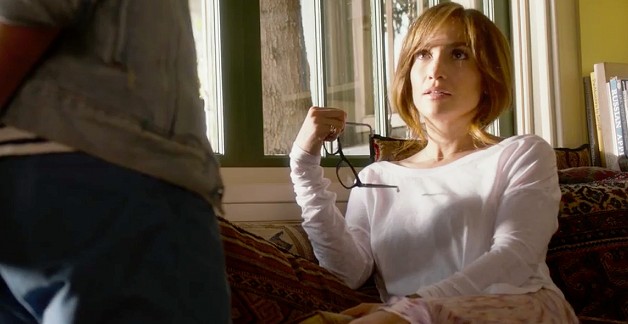 Film Review: THE BOY NEXT DOOR

THE BOY NEXT DOOR

Jennifer Lopez is back. After two years in the shade, J.Lo produced Rob Cohen’s The Boy Next Door and stars in this psychological thriller as Claire Peterson, a remarkably stylish high-school teacher and mom of bullied teenager Kevin (Ian Nelson). She kicked out her cheating but regretful husband Garrett (John Corbett) and struggles with her new life as a single mom.

When Claire considers giving her husband a second chance, Noah (Ryan Guzman, Pretty little Lies and The Step Up franchise) suddenly pops up. This hot new ‘boy next-door’ came to live with his ailing uncle (the real neighbor who never seems to be there when you need him) after his parents died in a mysterious car accident that no one seems to pay attention to. His impressive biceps are the first we see from this model turned actor. After fixing Claire’s car and garage door, the much older looking teenager quickly turns into Kevin’s best friend. Noah seems to be the only one who can make Claire laugh. Not for long, of course. From the moment he tells her: “You can trust me”, you know she cannot. What follows is a very predictable script with many one-liners that are not supposed to be funny but are. Noah keeps on telling Claire: “A woman like you should be cherished.” And, referring to the high heels her husband got her as a gift: “Those shoes are for woman trying to be sexy. You don’t need that.”

The cheesy compliments seem to work pretty well on Claire. As soon as Kevin is on a weekend trip with his dad, she finds herself in Noah’s bed. After a night of steamy sex that she immediately regrets, Noah not surprisingly turns into an aggressive stalker and psychopath. Much of what is going to happen comes as no surprise. The obvious references to violence ahead (a quick shot of a gun and a knife) take much of the action away. What remains are two good-looking actors who end up in an almost slapstick ‘cat and mouse game’ with Claire starting off as the mouse but later turning into the cat. If you have a thing for Ryan Guzman, or if you really missed seeing Jennifer Lopez on screen, this movie might be worth seeing. Otherwise you might as well watch J.Lo on American Idol and Guzman in the much more entertaining Step Up movie.