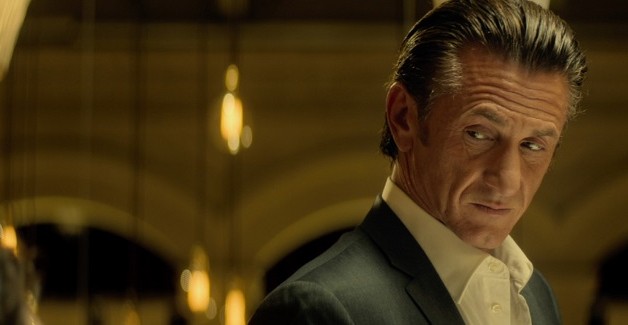 In general, I’m not a big fan of action-thriller movies, but director Pierre Morel’s (best known for the Taken series) latest movie The Gunman is worth seeing at the theater (if just once), and kept me sitting at the edge of my seat the entire time. The movie was entertaining, and I was impressed with Sean Penn’s martial arts moves.

The film’s basic storyline, bad guy versus good guy connected appropriately with a love story, may be formulaic but there are elements that keep it fresh. Jim Terrier (played by Sean Penn) is a sniper/espionage man who was part of an agency who assassinated Congo’s Ministry of Mining.

Eight years later Terrier, still haunted by memories of his past self and tortured by having to leave behind his love Annie, a doctor working in the Congo (played by Jasmine Trinca), tries hard to shake off his past. While drilling wells for an NGO, he finds himself the target of an assassination. It turns out that his former agency wants to erase its own shady past by killing Terrier, the gunman who holds coveted records and videos of the assassination.

This ignites the start to the rest of the movie, which is a classic cat and mouse chase, which takes the audience from Congo to London and finally to Barcelona Spain.

The plot itself is predictable and it is the classic Hollywood action that takes the forefront. There’s plenty of shoot-em-up and blow-em-up, but the movie also spotlights Penn who looks like he belongs on the cover of “Flex.” At 54 he’s ripped with an iron-hard stomach and bulging biceps, and executes a litany of assassin moves that left the audience ohhing and ahhing.

Penn is pretty awesome in this movie and makes his character come to life. Beyond a hardened and grizzled façade, Terrier is complex, tortured, haggard, beaten, a killer on one hand on the other hand someone incredibly loyal to friends and loyal to his love. He’s also sadly suffering from a brain injury from the mental and physical strains of his work; doctor’s orders include a stress free life. At some point I found myself emphasizing with Terrier, and wishing his old comrades would just leave him alone.

Other stellar performances come from Javier Bardem the Spanish-actor who plays Felix, a former member of the agency, who also tries to kill Terrier. Bardem, is so good at playing bad guys (case in point his break out role in the Coen brothers’ “No Country for Old Men”), once again delivers a superb performance as a bad guy.

In supporting roles, Idris Elba the British actor gives a solid performance as an Interpol agent in the movie’s second half. Also what’s a movie with a love story? Sparks fly between Penn and Trinca, who make a good screen couple.

And finally, the movie’s good-guy-bad-guy-action-thriller formula does not exhaust the audience because of the decent performances. Besides it was well worth marveling at Penn’s martial arts moves. They were enough to entertain and hold my attention for the length of the movie.