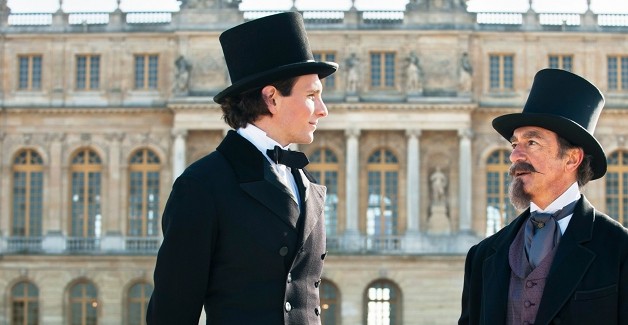 cordially invites you to Film Neu Festival’s Closing Night Screening of LUDWIG II
and a Reception Following at the Goethe-Institut.

Closing Reception and Raffle follow the screening (at the Goethe-Institut).

A big-budget, widescreen historical biography with the soul of a scrappy independent film, Ludwig II brings fresh energy and a unique style to the momentous, oft-filmed life of eccentric Bavarian King Ludwig Otto Friedrich Wilhelm, also known as the Swan King and, more contentiously, Mad King Ludwig. Remembered principally today as the arts and architecture patron behind the ascension of composer Richard Wagner and construction of castles such as the lavish Neuschwanstein, it was this very predilection that led him into financial straits during his reign. Any film on this provocative subject rises or falls on the strength of its lead performance, and newcomer Sabin Tambrea is nothing short of astonishing as Ludwig: at once delicate and sinewy, nervous and bird-like in his actions yet funereal in repose, his remarkable performance is mirrored in the busy, imaginative framing of the actions against authentic backdrops which haven’t been seen on film in three decades. These Washington premiere screenings are dedicated to the memory of co-director Peter Sehr, who succumbed to a brain tumor in May of this year. With Ludwig II, Sehr, with long-time partner Noëlle, has made a film that stands alongside the best of Ken Russell and Terry Gilliam.—Eddie Cockrell.

OTHER FILMS THIS WEEK