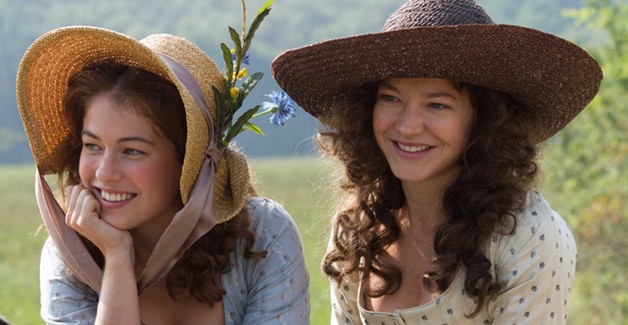 WASHINGTON FILM INSTITUTE and the

cordially invite you not to miss the Last Days and Closing Reception of Film Neu Festival 2014!

CAN’T MAKE THURSDAY? CHECK OUT THE ENTIRE FESTIVAL LINEUP BELOW.

Discussion with Professor Peter Pfeiffer and Closing Party (at the Goethe-Institut) follow the screening.

During the latter half of the 19th century, it is speculated that writer and philosopher Friedrich Schiller conducted simultaneous intimate relationships with sisters Charlotte von Lengefeld (whom he would marry) and Caroline von Beulwitz, who remained trapped in a loveless marriage of her own. Now, for his follow-up to the extraordinary Dreileben: Don’t Follow Me Around, film and television veteran Dominik Graf has made a very different but no less satisfying period drama about distance, yearning and the vicissitudes of love. From the passionate performances of the three leads to Claus Jurgen Pfeiffer’s magnificent production design, Beloved Sisters promises a memorable conclusion to this year’s program.
—Eddie Cockrell 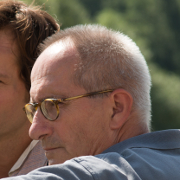 Dominik Graf
(b. 1952, Munich) studied German and Musical Sciences before enrolling at the University of Television & Film in Munich. His graduation film Der kostbare Gast won the Bavarian Film Award in 1979, and he’s been moving effortlessly between TV and feature work ever since. His films include Der kostbare Gast, Die Katze, The Red Cockatoo and Dreileben: Don’t Follow Me Around.

The 22nd annual edition of the Goethe-Institut’s Film|Neu, Washington’s long-running festival of new films from Germany, Switzerland and Austria, will once again showcase work that resonates with historical culture as well as the most popular attractions from regional cinema industries.

Discussion with director Christian Schwochow (via Skype) and actor Jacky Ido and opening Berliner Party with DJ (at the Goethe-Institut) follow the first screening.

In recent years, numerous German filmmakers have grappled with the schizophrenic nature of the divided Berlin of the Cold War. To these brave dramas can now be added director Christian Schwochow’s award-winning West. Hoping for a better life East Berlin, widow and mother Nelly (Jordis Triebel) pretends to be married to a Westerner but ends up in the Marienfelde Refugee Centre. As events revolving around her uncertain status provoke increasingly paranoid reactions, Nelly begins to see her dream slip away. Triebel’s riveting performance earned her the best actress prize at last year’s Montreal festival, whilst Schwochow’s strong direction confirms the promise of his early successes November Child and Cracks In The Shell.—Eddie Cockrell

Buy Tickets for the Friday 7:00 pm screening at E Street Cinema and Berliner Party at the Goethe-Institut Washington

Christian Schwochow
(b. 1978, Bergen, GDR [now Germany]) worked as an author, reporter and video journalist before studying at the film academy in Baden-Württemberg. His films includeNovember Child (2007), Cracks In The Shell (2011) andBornholmer Strasse (2013).