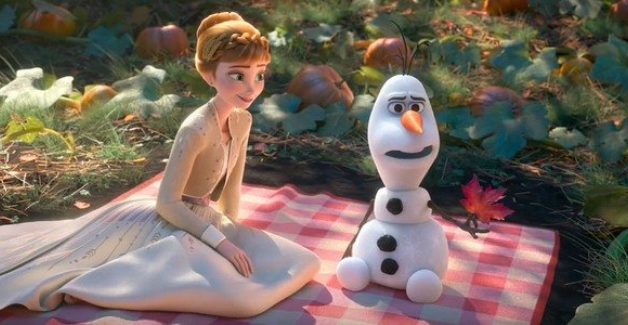 Parents: Please, for the sake of your children, do NOT take them to see “Frozen II.”

“Frozen II” is yet again another tired example of sequelitis–the maddeningly infectious disease afflicting Hollywood. Crazed, inept and greedy Disney suits are among those in the movie and television business who are affected at the highest level–this unoriginal studio cannot for the life of it find enough original, quality films to produce and release, so the studio sadly relies–again and again–on films afflicted with sequelitis.

“Frozen II” is one of them–on every filmic level, it’s just simply a bad movie. Not an okay or average movie–a bad movie.

And there is no need, alas, for “Frozen II.” None.

Do yourself a favor in the coming weeks, and stay far, far away from any theater showing this piece of cold corporate movie business greed.