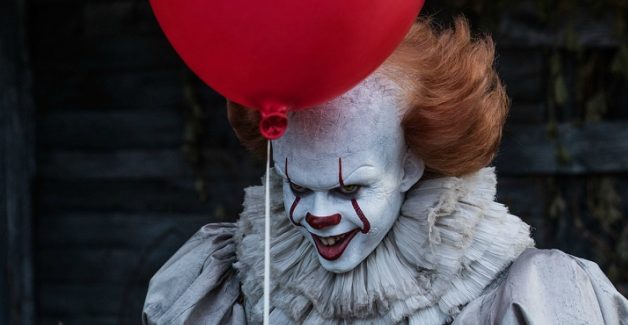 Based on “It” by Stephen King

“It Chapter Two,” the horrendously tedious, over-long (for some reason, this movie is about three nightmarish hours long), overly-violent and gratuitously-violent, muddled, rambling, story-deficient, confusing and overall horrible sequel to the equally-horrible “It” from 2017, is one huge, horrendous disappointment.

It’s a continuing mystery why the first film was made the way it was–that movie, also, was rambling, muddled, lacking in a quality story, confusing and overly-violent–and it’s an even bigger mystery why that terrible movie needed or warranted a sequel, even if the rest of Stephen King’s massive novel’s story was left to be told. Basically, if “It’ was going to be a movie, it should have been one movie–and one better movie than these two duds.

These are mysteries because, in both films–and in about nearly six hours total running time between both films—the specific, detailed, proper storytelling and filmic clear explanations of why, exactly, the lead villain, Pennywise, some type of supernatural being that appears every 27 years to kill people, scare people and, most bizarrely, brutally murder young kids, does what it does is never truly, clearly explained. That’s right, in nearly six hours of film, it’s never really, truly, properly explained why and how Pennywise does what it does. Instead, the filmmakers, taking clear advantage of overly-generous budgets, load up both movies with elaborate special effects-laden scenes, scares, monsters, chases, fights and all of that gratuitous, completely-unneeded, un-nerving and hideous violence. Both films end up resulting in simply a bunch of scenes strung together but always without a clear backstory, exposition, plot, subplot that actually makes sense. Yes, there are some attempts–attempts is the key word–at providing a story, and those attendant subplots and backstories–but it’s all muddled, confusing, jumbled, distorted, and none of the attempted storylines, plots and subplots ever end up cohesive, connected, clear and competent. Things happen here and there, in the present and in flashbacks, and they are meant to connect and provide some type of depth and backstory, but, again, it’s all consistently unclear. Thus, filmgoers leave the theaters wondering why and how Pennywise does what he does, and what, exactly, still, does it all mean?

Besides lacking a quality, cohesive, sensible and clear story, “It Chapter Two” is so horribly ugly and gratuitous in its consistently senseless and unneeded violence, watching the movie makes one think that perhaps the producers, directors and writers should have scheduled some apparently needed psychological, wellness and mental health counseling sessions to work through their insane violence issues. There’s just no need for the level of violence throughout this movie–and it’s just plain the type of ugly, gross, disgusting and stomach-churning violence that’s simply not entertaining on any sane, logical or filmic level. It’s just some obviously addled filmmakers working out some violence issues on screen. It’s that bad.
This is not being naive, innocent, wide-eyed or immature. I’ve seen thousands of incredibly violent movies–including many films considered to be among the most violent films ever made. The same feelings exist towards all of these types of movies–why? Most of the time in filmmaking, this type of stomach-churning, gross-out, overly-graphic, gratuitous, sickening, blood-and-guts, gory violence is completely, 100 percent unnecessary to the film at hand. That’s right–100 percent unnecessary. Filmmakers–producers, directors, writers–who insist on loading up their films with this type and style of violence are forgetting a key element of producing truly scary filmmaking–it’s the unknown, the unseen, the barely-seen, the more-subtle and the less-bloody, less-violent elements of horror, terror and fright that are truly the most horrific, terrifying and frightening. The fear of the unknown and the unseen and the very simple suggestion of horror are far more horrifying most of the time than any explicit, graphic, gratuitous, unneeded, bloody gore and violence.

People arguing on this point will immediately point to the violence in more intellectual, deep, intelligent and prestige style films and ask, “What about the violence in these movies?” Well, truth be told, the same viewpoint can apply to even the most acclaimed films–more often than not, the graphic, gross-out, bloody violence is, again, generally not needed. And, it should be noted, in many more acclaimed, prestige films, the violence is presented in a manner that does not come across as unneeded or gratuitous, the violence serves to make a clear point, the violence is more fully integrated with the rest of the movie, the plot, the dialogue, the characters and the storylines, the violence has a clear message and moral and serves more clearly to make a point, and the violence in better films can be presented in a more stylized manner that doesn’t just cause audiences to be sickened to their stomachs. There’s thousands of examples, but, just to note a few, in the case of, say, “The Godfather,” “The Godfather: Part II,” “The Exorcist,” “The Wild Bunch,” “Taxi Driver,” “The French Connection,” “Dirty Harry,” “Deliverance” and “Saving Private Ryan”–films often cited for their explicit violence and violent scenes–the violence is stylized, the violence is tied directly to the rest of the respective films’ filmic elements–story, character, message, moral, theme, dialogue–and the violence is stylized in a manner meant not to simply shock and sicken, but to make an intelligent point about, among other storytelling aspects, the violence itself. The message is clear in better movies: The violence is there is to serve a clear purpose and to make a clear statement.

That, alas, cannot be said for “It” and “It Chapter Two.” The violence in both movies is gratuitious, gross-out, sickening, stomach-churning, unnecessarily disturbing, and, in the end, just plain distressing. And it’s not naive to suggest that often with violence in movies, the filmmakers might be working out some issues on screen–that’s actually been supported in movies, and in all art, by the artists themselves. Even Stephen King has admitted in some interviews that he was working through some dark periods in his life with various personal battles–and that personal, real-life darkness did indeed bleed through into his writing. And creative artists in all mediums–film, television, novel writing, screenplay writing, theater writing, art, music, dance, songwriting, poetry, whatever–have publicly admitted that they all have had dark periods in their lives and that personal darkness and those personal demons have indeed permeated their creative work. It’s not clear yet whether the creative minds behind “It Chapter Two” had this issue when making the movie–but, watching this dreck for nearly three hours, it does indeed at least seem to be the case: someone is working through some serious issues here, and it just doesn’t register well in terms of making an entertaining movie to watch in the theaters for nearly three hours.

“It Chapter Two” tells the story of the protagonists from the first film as they are now adults, twenty-seven years after the events of the first film, in which, basically, a bunch of kids battled Pennywise in their hometown, trying to kill it or at least stop it from its violence. Again, it was unclear in the first movie just why and how Pennywise does what the does, how it can be killed, and how it can be stopped from appearing again 27 years later. So here it is 27 years later, Pennywise appears, and the kids, now adults, try, somehow, to battle Pennywise. And once again, it’s unclear exactly how Pennywise can be killed. After nearly three hours of rambling, the final confrontation fight scene is so jumbled and confusing and cliched, it’s all just one huge disappointment.

The lead characters return to their hometown to fight Pennywise after this initial violence, and other violence, occurs in the town, and they are summoned to return by one of their group, the hapless, somewhat misguided but hopefully heroic Mike, who comes across as the closest thing in this depressing movie as a character people could actually, possibly, like. The other characters return to town, fight Pennywise, suffer more violence, constantly yell and scream and fight among each other, and, well, basically, that’s it. It’s never pleasant, never enjoyable–and it’s never truly scary.

And, for the record: Millions of people in real life love clowns–actually love them. That’s notable because so many people talk about peoples’ fears of clowns, and how the whole “It” canon–King’s book, the two movies and a previous television series–riff off a supposed local, regional, national and international fear of clowns! Well, in reality, again, many people love clowns–it’s an art form, and it takes several layers of creative, performing skills to perform as a successful clown. Worldwide, kids and adults laugh with, enjoy and welcome the particular form of entertainment that is clowning. So it’s continually a bit weird and unsettling, yes, to see a psychotic clown running around killing people, but it’s a mistake to think that all or even most people are frightened of clowns and that that alleged primarl fear drives the fear of Pennywise. Well, for the millions of people who actually do love and enjoy clowns, even that doesn’t ring true in the “It” nighmare nightscape.

“It Chapter Two” is yet another in a long line of examples that show how many modern-day filmmakers simply cannot make a decent, stylish, intelligent, in-depth, mature, inventive and original horror and supernatural movie. It shouldn’t be that hard–just like in dozens of other genres, there exists among the bookshelves of this country and the world literally hundreds of classic horror and supernatural short stories and novels that are patiently waiting to be crafted into quality movies. And this means horror and supernatural stories and novels not written by Stephen King, for gawd’s sake. All the more creative filmmakers have to do is conduct some basic literature research, obtain the rights to many of these works, secure a decent, workable and not over-inflated budget, hire a cast and crews–and get to work making truly scary horror and supernatural movies. That’s literally all it takes.

Hollywood could not have picked a worse film to start the post-Labor Day, late-summer (most of September is still summer, of course) film season. Do yourself a favor this first full weekend of September and go to one of the many festivals being held outside in many places–that should be your weekend plans for the weekend of Sept. 6-8, 2019, as “It Chapter Two” opens on Friday, Sept. 6, 2019.
The only things truly scary about “It Chapter Two” is just how bad it is–and how frightening it is to think about filmgoers who waste their money to suffer through three hours of this dreck in movie theaters on what otherwise could be a fun, fine September weekend.