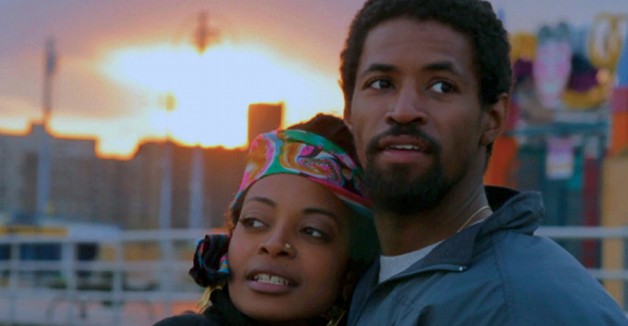 THE WASHINGTON FILM INSTITUTE
cordially invites you to
NEWLYWEEDS:
Opening Weekend, Meet the Director, and Afterparty

Lyle and Nina are in love—with each other and with getting high, but not necessarily in that order. Wafting through aimless days in New York smoking weed whenever possible, Lyle makes his living repossessing rented furniture from the destitute before heading home to be with his girl. Though caught in a loop of self-medication, Nina yearns for more. When mistakes in judgment escalate out of control, the happy couple find the life they have built is quickly evaporating, and the hole they have dug for themselves is growing beyond repair.

Director Shaka King’s feature debut provokes a thoughtful meditation on the habits that hinder modern relationships, navigating through the perilous and comedic with a natural ease and restraint. Craftily luring the stoner-comedy into a meaningful examination of dependency in all its forms, King confronts a community that refuses to grow up and asks the audience what it really means to be an adult. 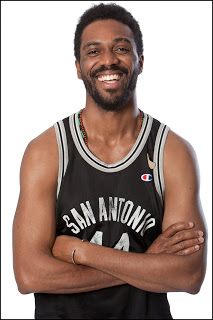 Shaka King is a writer, director, and producer whose films Cocoa Loco and Herkimer DuFrayne 7th Grade Guidance Counselor have screened at festivals and on networks internationally.  Newlyweeds, King’s first feature, was developed in the Emerging Narrative workshop at IFP and was awarded a post production grant from Rooftop Films/Edgeworx Studios.  He lives in Brooklyn, where he was born and raised.

“NEWLYWEEDS is a movie of excellent riffs, understated timing, and memorable performances (Coleman Domingo makes a fabulous spectacle of himself as Nina’s colleague). Each year the New York Film Critics Circle votes a best first film; NEWLYWEEDS is pretty close to first on my list.”
– J. Hoberman, Artinfo.com

“NEWLYWEEDS, the debut feature of writer-director Shaka King, is many things. It is an intriguing new take on the stoner comedy, the romantic comedy, and one might even say the black comedy. It’s also really funny.”
– Zeba Blay, Indiewire / Shadow and Act

****! [4 STARS!]
“With impressive direction, a heartfelt-but-humorous take on the funny-and-sad things marijuana abuse can do to people, and a rich portrait of a relationship just a few puffs from being all used up, NEWLYWEEDS is a striking debut from a strong talent who can find the true feelings hiding behind bloodshot eyes.”
– James Rocchi, MSN / The Hitlist

AFTER PARTY
Location and Details announced at the Screening.