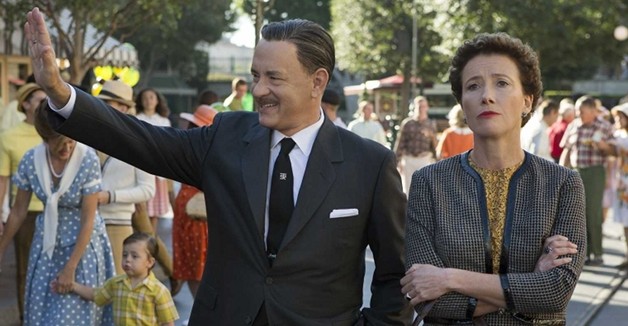 WASHINGTON FILM INSTITUTE and
The Board of Trustees of Woodley House, Inc.

invite you to attend the 17th Annual Woodley House Movie Benefit: A Special Screening of 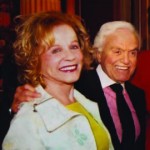 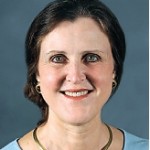 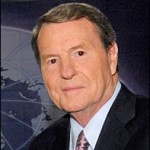 Noted PBS NewsHour journalist, author and playwright, Jim Lehrer, will be our Master of Ceremonies and will present the Woodley House Donald A. Brown ‘Rose Award’ to Catherine May, MD, a respected leader in the DC mental health community and long-time supporter and friend of Woodley House.

Saving Mr. Banks tells the true story of Walt Disney’s 20 year campaign to obtain the movie rights to ‘Mary Poppins’ from its curmudgeonly author, P.L. Travers. A difficult journey, it culminates of course in one of the most charming children’s films in history. The pre-release reviews have been glowing and it promises to be a wonderful evening.

We are especially grateful to our Movie Benefit Founding Chair, Mary Margaret Valenti who provides special insight and invaluable help in making this evening possible. This will be a terrific event and we hope that you can join us. All proceeds will go to support the Woodley House programs to provide safe, affordable housing and comprehensive support services to 300 adults with mental illness in our community each year.

Two-time Academy Award (R)-winner Emma Thompson and fellow double Oscar (R)-winner Tom Hanks topline Disney’s “Saving Mr. Banks,” inspired by the extraordinary, untold backstory of how Disney’s classic “Mary Poppins” made it to the screen. When Walt Disney’s daughters begged him to make a movie of their favorite book, P.L. Travers’ “Mary Poppins,” he made them a promise-one that he didn’t realize would take 20 years to keep. In his quest to obtain the rights, Walt comes up against acurmudgeonly, uncompromising writer who has absolutely no intention of letting her beloved magical nanny get mauled by the Hollywood machine. But, as the books stop selling and money grows short, Travers reluctantly agrees to go to Los Angeles to hear Disney’s plans for the adaptation. For those two short weeks in 1961, Walt Disney pulls out all the stops. Armed with imaginative storyboards and chirpy songs from the talented Sherman brothers, Walt launches an all-out onslaught on P.L. Travers, but the prickly author doesn’t budge. He soon begins to watch helplessly as Travers becomes increasingly immovable and the rights begin to move further away from his grasp. It is only when he reaches into his own childhood that Walt discovers the truth about the ghosts that haunt her, and together they set Mary Poppins free to ultimately make one of the most endearing films in cinematic history. Inspired by true events, “Saving Mr. Banks” is the extraordinary, untold story of how Disney’s classic “Mary Poppins” made it to the screen-and the testy relationship that the legendary Walt Disney had with author P.L. Travers that almost derailed it. 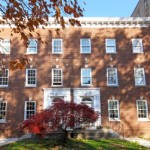 Woodley House helps people with mental illness live full and healthy lives with dignity. Since 1958, we have been a pathway to greater independence and recovery for thousands of Washington, DC area residents living with mental health issues. We offer a range of safe and nurturing mental health housing options in neighborhood settings to provide for our residents through each stage of their recovery. We also offer critical Life Skills Training and mental health support services. Last year we served more than 300, helping them become stable, achieve a greater understanding of their illness and work toward regaining their lives in the community.

Buffet reception at Pulpo Restaurant at 5:30 pm then off to the Uptown Theater for the Screening. Further Details and Tickets on the Woodley House website: