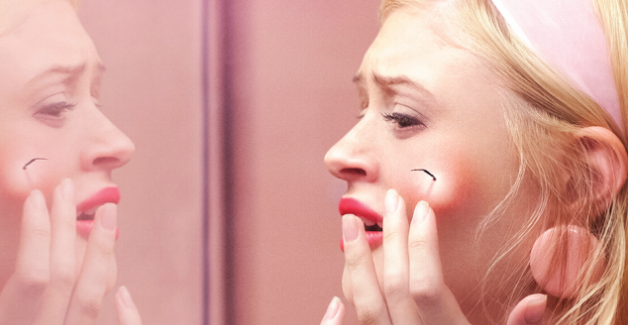 SCARY STORIES TO TELL IN THE DARK

​”Scary Stories to Tell in the Dark” is a surprise August summer hit that will, simply, scare the living heck out of you. But in a good way, in the best tradition of satisfying and genuinely creep-scary, but not gross-out, cliched or overly violent, horror films. This is a horror film that is equal parts scary bedtime story, scary urban legend tale, ghost story, scary campfire story and Halloween-season spook tale.

Based on the popular, eerie book series by Alvin Schwartz, this August summer scary movie–which really should have been released during the autumn Halloween season–hits the just right tone of spookiness, scariness, Halloween-season creepiness, and darkness without being gory, gross, stomach-churning or even too downer, which is a difficult balance to strike in a modern-day horror movie. That’s because too many modern-day horror movies tend to want to be overly bleak, dark, downer, depressing, ugly-violent and overly-reliant on computer-generated effects–instead of good ol’ simple spooky scares.

Somehow, despite some genuine scares, spooks and frights, and an overwhelming mood and atmosphere of horror and dread and death, there remains a consistent, underlying thread of hope, positivity and strength in “Scary Stories to Tell in the Dark.” Much of that is due to the balanced, understated, but still strong performances by the two young lead actors, Zoe Colletti and Michael Garza–and the fact that their character are continually likeable and sympathetic. Strong, creepy direction by Andre Ovredal and the unmistakable, obvious and evident influence and presence and creative creepiness from producer and main story teller Guillermo del Toro add to the proceedings to produce a nice, unexpectedly entertaining summer chiller thriller at the movies.

​The movie tells the story of a long-rumored girl, Sarah Bellows, who once upon a scary time lived in a very real neighborhood haunted house–one of those creepy, towering mansions that always reminds everyone of the Addams Family house–and was mistreated by her family, which hid her away in a locked room. The girl turned to telling scary stories to alleviate the loneliness. However, all sorts of horrible urban-legend-style ghost stories soon spread throughout the little town of Mill Valley about the girl, the questionable impact of her stories on local children, her controlling family, and missing children alleged to have been associated with the girl and her stories.

Years later in Mill Valley, a likeable group of teenagers, who are fascinated by the stories about the Bellows family, the Bellows girl and her stories, decided to visit the now-abandoned, run-down and even spookier old Bellows house on Halloween to do some exploration. The teens stumble upon Sarah’s old book of stories–and literally all hell breaks loose. To go into detail about the ensuing exposition would ruin the fun, but be prepared for some genuinely scary scares and frightening fun.

However, one strong word of caution: “Scary Stories…” is rated PG-13, but it’s a strong PG-13, and while there’s no horribly bloody gore and extreme violence, the level of intensity and suspense, and the scares, are consistently at heightened level, and this movie is definitely not for those under the age of 13. And for those early teens, say, 13 or 14, who are easily frightened in a bad way by horror movies, then they may want to wait until they’re 16 or 17 to see this movie. This is definitely not a movie for younger kids under the age of 13–and parents are strongly cautioned on that point.

Nevertheless, beyond that, if you’re looking for a fun, Halloween-season-style horror chiller thriller in August, go see “Scary Stories to Tell in the Dark.” The film opens this Friday, August 9, 2019.

Filmgoers may leave “Scary Stories…” after the movie and walk out of the movie theaters into some August summer hot weather outside–but they will definitely feel a strong, creepy chill of autumn, October and Halloween drifting silently, slyly, scarily, spookingly through the air.