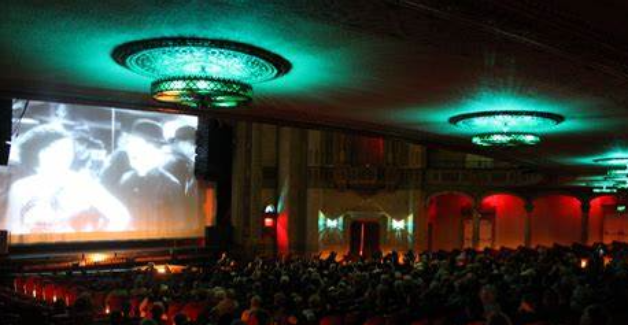 SONIC THE HEDGEHOG
​Starring Ben Schwartz, Jim Carrey, James Marsden, Tika Sumpter
Written by Pat Casey and Josh Miller
Based on “Sonic the Hedgehog” by Yuji Naka, Naoto Ohshima and Hirokazu Yasuhara
Directed by Jeff Fowler
Produced by Neal H. Moritz, Toby Ascher, Toru Nakahara and Takeshi Ito
Cinematography by Stephen F. Windon
Edited by Stacey Schroeder and Debra Neil-Fisher
Music by Tom Holkenborg
“Sonic the Hedgehog,” much like the recently-released “Birds of Prey,” manages to succeed as a goofy, mindless, decently enjoyable bubble-gum popcorn movie through a bit of luck; an underlying corny charm that proves irresistible despite everyone’s better judgement; a relentlessly positive, uplifting Disneyesque sense of optimism and positivity; a cornball sense of humor that makes people laugh–despite everyone’s better judgement; some impressive, modern-day visual effects that seem to have been dropped into the movie from other, better, smarter movie; an overwhelmingly realization that this is great movie to take the little kids to and that little kids will subsequently love this movie; and a most welcome return to the world of comedy by Jim Carrey, who steals the movie–despite everyone’s better judgement.
Thus, “Sonic”–again, like “Birds of Prey”–manages to succeed at what it is, and can, yes, even be recommended on a certain level–despite a complete lack of anything original in the movie; despite dreadful, stilted and formulaic dialogue, lines and line deliveries; despite dreadful, stilted and formulaic story, plot, backstory, subplot, characters, characterizations and even scenes; and despite cliche after cliche after cliche–to the point that viewers will predict entire scenes of dialogue and even entire scenes even while seeing the movie for the first time. Despite all of that–“Sonic” is not a terrible or bad kids’ movie. It’s an agreeable, acceptable kids’ movie–the type of movie best suited for taking the kids out to see for a Saturday or Sunday weekend matinee during the winter, to escape from the cold and wind and rain and snow for a breezy, easy ninety-nine minutes of fluff, sugary sweetness and popcorn-mind brainless fulfillment. Simply–the little kids will love this movie!
One aspect of “Sonic,” however, is indeed original and inventive and unique, and it’s a major aspect of the movie: the main character! The main character of “Sonic the Hedgehog” is an alien blue hedgehog kid that speaks, wears sneakers, listens to music, reads comic books, just wants to play and have fun, is eternally positive and optimistic–and, of course, is able to run at supersonic speeds. And did we mention he’s an alien? And he’s blue? One has to wonder, really, just want Sonic’s human inventors were smoking or ingesting or drinking when they came up with this oddball–but lovably oddball–thing for the original Sega video game where Sonic was first born. And the fact that this character is an alien blue hedgehog kid that talks, is a good, likeable kid and even has a strange superhero power just makes Sonic interesting, fun, lovable and even, dare we say it sheepishly, strangely endearing! And if adults can end up liking Sonic–and they will, despite their better judgement–then kids will just go bonkers over Sonic. And, subsequently, the movie, too.

​However, despite the solid, energetic–and funny–acting and voicing performance of actor Ben Schwartz–who’s 38, by the way–as Sonic, this movie, alas, really belongs to Jim Carrey. Carrey brings his trunk of comedic acting tricks and ticks and licks and schticks to the cliched–but, in this case, satirically cliched–role of the movie’s villain, Dr. Robotnik, and Carrey is obviously having a blast channeling Jack Lemmon’s equally satirical–and hilarious–villain Professor Fate from Blake Edward’s 1965 comedy classic “The Great Race.” Of course, Lemmon was channeling–and stealing from–about 1,000 similar, earlier villains from about 1,000 earlier movies, stretching all the way back to the beginning of film during the silent film era. And “Sonic” in this respect is actually much like “The Great Race.” Edwards’ crazily disjointed “The Great Race” also somehow succeeded despite that movie’s rampant problems, with Lemmon stealing the movie from everyone else, including a strikingly beautiful Natalie Wood in the prime of her life and an equally beautiful and dashing Tony Curtis, who was also in the prime of his life, and a hilarious Peter Falk as Professor Fate’s dunderheaded assistant; a constant level of inside-joke satire and parody; a goofy optimism and consistent sense of fun; and everyone just not taking everything too seriously.

Carrey’s Dr. Robotnik–even the name is funny–even looks like Professor Fate and those previous 1,000 classic movie villains, complete with swirly, early-twentieth-century-movie-villain curled mustache; a short and scary haircut; a constant crazed look in his eyes; a long and weird black coat; a high-pitched, always-crazed voice; and a van-, truck- and car-load of technological and mechanical and robotic gadgets, gizmos, widgets and thingies. All designed for nothing less than complete destruction of Robotnik’s enemies. Which, in the case of “Sonic the Hedgehog” is…Sonic the Hedgehog. And Carrey’s brings it all on full-force in every scene–employing his standard, legendary–but somehow still funny, even after all these years–scene-chewing, scene-chomping, scene-dismembering and scene-stealing comedy inventory and catalogue. His eyes bulge, his face contorts, his body bends and twists and moves like some laboratory mix of Gumby, Silly Putty, licorice and a huge wad of bubble gum, and his line-readings are so all over the place, it’s worth considering just how patient director Jeff Fowler was directing his first feature with Jim Carrey stealing the movie.

But, again, somehow it all works in the end. The plot? There is one, but remember that while reading this plot description, your mind will jump ten steps ahead, you’ll have written the movie in your brain, and by the end of the description, you’ll feel like you’ve seen all of this before. And that’s because you have seen all of this before. Nevertheless, “Sonic the Hedgehog” tells the cute story of that alien blue hedgehog, Sonic, who has to flee his home planet from some other evil villains, he is given some magical rings that allow him to travel to other times and places–yes, just like the stargates and wormholes in “Stargate SG-1” and 1,000 other science-fiction movies and television shows and novels and comics and short stories, and Sonic ends up in, of all places, wouldn’t you know, a very small, Mayberryesque small town in Montana–Green Hills. Thus, plenty of fish-out-of-water jokes and scenes. Of course, some locals and yokels whisper about some type of blue alien being running very fast through town and the surrounding countryside. Of course, Sonic, being the only one of his type, is lonely in Green Hills, Montana, and he wants to go home and connect with, apparently, his other alien blue hedgehogs. But darn it, he takes a likin’ to these humans, and he starts to realize that Green Hills, Montana, isn’t so bad. That, of course, is when things start to fall apart. The men in black and men in black cars and helicopters of the evil military and evil secretive government spy and alien-hunting agencies start to hone in on Sonic and Green Hills, and they come a hunting–intent only to capture Sonic, dissect him–it’s always dissection, you know that!–and study him and make sure that he and his other millions of alien blue hedgehogs don’t dare come to Earth and take over the planet! The military and government somehow hire Robotnik to capture Sonic–despite Robotnik apparently operating as his own army, his own spy agency, his own surveillance and reconnaissance operation and his own assassination squad–and the chase is on! Then, there’s the good guy local sheriff and his good girl local wife. The sheriff discovers the previously-hidden Sonic, realizes that he’s harmless, takes a liking to him, hides him, takes him away, and tries to escape Robotnik and what seems like every soldier and spy working in the West and Midwest and perhaps the Northwest U.S., too. The sheriff and Sonic flee Green Hills, they are mistaken as renegades and criminals, they are wanted, and they all head to one grand, big showdown between Sonic, the sheriff and Carrey, er, Robotnik.

Do you think that, in the end, Sonic is found to be harmless and everyone comes to love him and works together to save him, the sheriff is exonerated and found to be a hero, Robotnik is defeated in a novel way, and everyone decides that Green Hills is wonderful, Sonic can stay and be happy, and the military and the intelligence community and the national security, law enforcement and political communities suddenly decide that since Robotnik is gone and apparently Sonic is harmless, they can suddenly end the chase and search for Sonic that just consumed the entirety of the movie that just happened? If you don’t know the answers to these questions, you are hereby assigned to watch every Disney movie from the 1960s and every modern-day animated kids movie from the last thirty years as your film history assignment for this weekend.

Carrey and Schwartz turn in strong acting performances, despite the aforementioned cliched and stilted
lines, dialogue, scenes and story and plot, but James Marsden as Sheriff Tom Wachowski is baffling in this movie–bland, tired, devoid of emotion, lacking in energy and, despite Marsden’s natural good looks, strangely lacking in style, presence or energy. It’s as if Marsden phoned in this performance between working on other movies. It’s not simply that Wachowski is written horribly, it’s also that Marsden barely registers here. It’s clear from the start that writers Pat Casey and Josh Miller drastically needed to do something more different, original and inventive with the sheriff’s character. The character and Marsden’s portrayal are the weak links in “Sonic,” but, again, somehow the movie overcomes these deficiencies.

“Sonic” does indeed include a bevy of impressive and modern special, visual, computer and matte effects. Sonic’s frequent very fast movements are shown in clever, slowed-down, stop-motion slow motion scenes that show just what Sonic can and does do in seconds, and that is clever. And the funny, tongue-in-cheek fast-paced demonstrations of Sonic’s speed, running and power are also funny. And Robotnik’s stash of secret weapons–lasers, drones, ships, cars, weapons, explosives and other violent (but kids-level comic-book violent) fun things–are rendered with state-of-the-art visual effects that dazzle and offer bells and whistles that are great fun to look at and laugh at in several scenes. And Carrey does a great job acting up amid all of the razzle-dazzle and beeps and noises of Robotnik’s high-tech toys, raising his arms in victory, swirling in his command chair, dancing around like the madman representation that Robotnik is conveying. When Carrey mixes with the special effects, the audience is enjoyably watching the two major stars of the movie.

So get the kids together, get some snacks to take along, and get them out to a weekend matinee this weekend and the coming weekends and just enjoy “Sonic the Hedgehog” with the kids and that kid still lurking somewhere in your heart in the movie theaters–despite your better judgement. The kids will love it, they’ll love you for taking them to the movie, and, perhaps, just perhaps, that cranky, grumpy old adult demeanor in the accompanying adults will find some place in their heart for a lovable little alien blue fast-running optimistic hedgehog named Sonic–despite their better judgement.