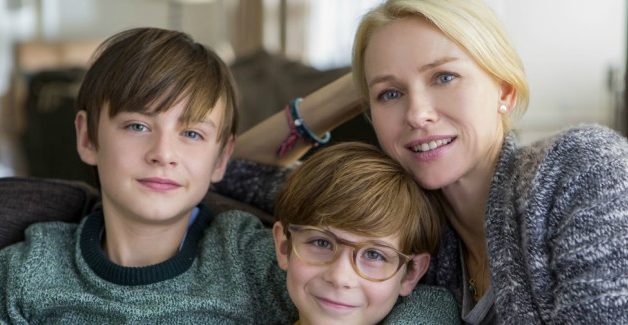 THE BOOK OF HENRY

THE BOOK OF HENRY

As 2017 enters the half-year mark, it’s a good time to note that so far, it’s been an above-average year for excellent smaller-budgeted, independent-minded (if not necessarily from independent studios), intelligent, well-crafted dramatic and drama-comedy films, with a stellar list of highly-recommended films that would fit in this area: “A Monster Calls,” “Table 19,” “Gold,” “The Space Between Us,” “Their Finest,” “Get Out,” “The Hero,” and now, director Colin Trevorrow’s and writer Gregg Hurwitz’s slyly captivating and subversively thoughtful, insightful and emotional drama “The Book of Henry,” a movie sure to prompt some tears, some deep introspection about some of life’s heavier themes, and, at times, some laughs at life’s more quirky, twisting and turning roads.

Hurwitz and Trevorrow have made an inventive family drama, again with bits of comedy here and there, built mainly around the central themes and examinations of love, the importance of family, the bewildering and often-complicated ways that kids view the adult world and adults view the kid world, how some lives can heavily influence other lives even after certain people have left this world, the deep and complex bonds that parents form with their children, and the extremely emotional, shattering aftermaths within families when tragedy strikes in the worst possible manner. These are all heavy, serious, somber and sobering themes, but Hurwitz and Trevorrow are smart enough to balance the heavy and the serious with those elements of comedy, and with an overall atmosphere and aura within the film of positivity, optimism, caring and love.

“The Book of Henry” somehow astutely manages to explore serious and heavy thematic elements without itself becoming too serious, too heavy or too depressing. The film pulls off its inherent optimism and positivity by grounding its main characters and characterizations in, for the most part, likeable, lovable and grounded, real people who work, play, live and love in the real world—not in some fabricated, phony Hollywood world. The main characters are people you would and can see every day in the neighborhood, at the local diner, at school, downtown, at the hospital and elsewhere. The main characters are, for the most part, with one main exception—the movie’s villain—likeable people who you actually care about.

And there is a stand-out ensemble of main actors who give exceptional performances to bring these likeable characters to life—mainly, three young children who will amaze filmgoers in their performances in this movie. There’s always room to be amazed when young actors shine in difficult, serious dramatic roles that require a true range of emotions—a major acting challenge—and the three children who are at the core of the story and the film absolutely shine here. Jaeden Lieberher in the title role of Henry Carpenter, Jacob Tremblay as Henry’s younger brother, Peter Carpenter, and Maddie Ziegler as the Carpenters’ young next-door neighbor Christina Sickleman steal the film right out from seasoned pros Naomi Watts, Dean Norris, Sarah Silverman, Lee Pace and Tonya Pinkins—although it should be noted that all of these actors turn in superb performances, too.

Lieberher’s Henry is an 11-year-old prodigy who is smart, nice, caring and insightful enough to carefully and intelligently balance his highly-advanced intelligence with attempts to remain a somewhat-normal 11-year-old boy. However, he continually finds that adults tend to dismiss his warnings and thoughts about some possible dangerous elements in their community, and poor Henry has to cry wolf with every adult he comes in contact with—his mom, Susan Carpenter, expertly portrayed by Watts; his school principal, a steady, tough Tonya Pinkins; and Susan’s best friend, played by a wonderful Sarah Silverman, impressively playing against type as a generally straightforward, drama-oriented, down-to-earth waitress, carefully keeping her natural comedic instincts firmly in check, and keeping her character, Sheila, steadily grounded. Henry knows something is terribly amiss in their community, but none of the adults believe him. Thus, he embarks on a crafty, sly plan to prove his theory and provide a back-up plan for people to investigate his theory in case he can’t do it himself.

The precise nature of Henry’s plan—detailed in the book of the title—cannot be revealed, but this prodigy’s plan is so intelligent and well-thought-out, it is impressive. Henry’s plan also requires a strong suspension of disbelief to enjoy the film’s story, so if moviegoers go into “The Book of Henry” with a strong suspension of disbelief, the story will be more easy to enjoy. However, it’s not so much the details of Henry’s machinations in his book that really matter, anyway—what truly matters in the film is the reasoning behind Henry’s actions, the points he is trying to make, the influences that he has on everyone around him, and the intelligent lessons and morals that Henry is teaching everyone. And it’s that exploration and discovery of this specific part of Henry’s true genius and brilliance that lifts up the film from the ordinary and makes the film, the story and characters special.

After Susan discovers Henry’s book, she follows Henry’s plan to investigate and solve that community tragedy, but along the way, Susan, Peter, Sheila, the principal and a family doctor all undergo shifts in understanding and feelings about not just the true essence of Henry’s influence, but just important life’s basic elements are—life, love, family, relationships, doing the right thing, listening when it’s most important to really listen, and fighting for good over evil. All of these elements come into play in the film’s story, and watching the character’s explorations of these basic life aspects is inspiring.

Jaeden’s performance is astounding—his range of emotions portrayed in the film is truly impressive for an actor of such a young age. Jaeden displays stages and levels of characterization and emotional understanding and personality insight that many adult actors have trouble finding. He is at times nice and fun, caring and sensitive, tough and independent, and dramatic, sad, comedic and even tragic. Jaeden’s performance in “The Book of Henry” is a stand-out performance for this young actor. And Tremblay as Peter and Ziegler as Christina are right there with Jaeden at the same high level of talent, consistently, throughout the film. All three deserve to be praised for their portrayals.

Naomi Watts is also stunningly emotional in this film. As a young, single mother with two boys in a big house, balancing a tough job as a waitress that local diner with Sheila, raising those two boys, dealing with confounding neighbors, dealing with school events and doing all that she can to try and maintain a normal household, Watts delivers a powerhouse performance. She is not so stressed and nervy that Susan is irritating, yet her generally-positive Susan is not so Pollyanna-ish as to be unreal. Watts’ grounded, down-to-earth portrayal of Susan is a simply a presentation of a real person, and a real person that many single parents can relate with. However, Watts is asked to raise her performance to another, higher level when a certain story and plot incident occurs, and it is this change in character, from a sunny, positive, fun mom to a woman understandably and reasonably pushed to the most extreme levels of despair, depression and sadness, that elevates Watts’ performance to a stunning, wholly impressive level. Watching this woman deal with the very worst in life is an exercise in acting that will generate tears, but also respect for Watts’ character. Her performance provides an adult balance to Jaeden’s child performance, and the various levels of emotions that the characters provide are just incredibly moving.

Eventually, Susan, Peter, Maggie, Sheila and the family doctor work together as a team to help not just Susan, but all of them, to overcome the tragedy that they are forced to endure, and it’s heartwarming to see these likeable, caring, real people come together as a family and as an extended family to get through their collective grief and grieving. All of the main actors are to be praised for their performances amid the story’s challenging elements.

Hurwitz and Trevorrow work well together to bring this unusual and challenging story together in a cohesive whole. Trevorrow’s direction is kind and gentle—again, he realizes that to relate to these characters in this particular story amid the story’s tough aspects, these people need to be real, relatable and nice. And his direction obviously kept everyone at this level, to the movie’s benefit. And Hurwitz has crafted a story with that well-balanced tone of drama-and-comedy, with the aforementioned lessons and morals for audiences to ponder without feeling that they are being preached to constantly.

These are, of course, many of the same elements that propel any successful drama, but these approaches are always welcome and appreciated, of course. These are the same elements that have propelled other 2017 dramatic films such as “Table 19,” “Their Finest,” “The Space Between Us,” “A Monster Calls,” “Gold” and “The Hero.” However, it’s worth noting that these simple elements, lessons and morals have also lifted up other, excellent, higher-budgeted 2017 films so far, such as the superb, highly-recommended “Guardians of the Galaxy Vol. 2,” “Wonder Woman” and “Beauty and the Beast.”

Intelligence, kindness, caring, likeable and lovable characters, messages about love and life and family and friends, and maintaining that balance between drama, comedy and tragedy while keeping an overall positive, optimistic tone will most always lead to above-average, excellent and highly-recommended films. Of course. That’s not new, but it’s always worth noting. And it’s also worth noting as 2017 approaches its mid-point, and amid a somewhat unstable world continually beset by the usual problems of war, violence, corruption and political stupidity, that there are indeed a bevy of beautiful, positive, optimistic and encouraging films to enjoy at the movie theaters. “The Book of Henry,” fortunately during this mid-June of 2017, is certainly, enjoyably, happily one of those films.