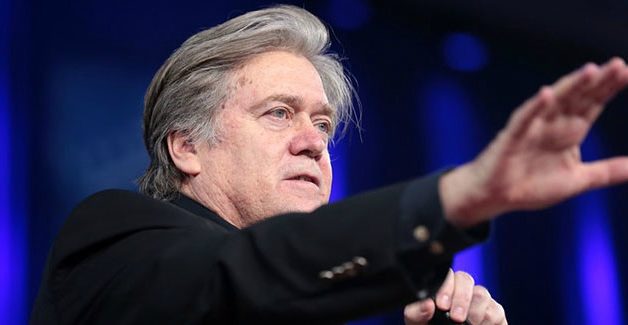 When Steve Bannon left his position as White House chief strategist less than a week after the Charlottesville “Unite the Right” rally in August 2017, he was already a notorious figure in Trump’s inner circle, and for bringing a far-right ideology into the highest echelons of American politics. Unconstrained by an official post — though some say he still has a direct line to the White House — he became free to peddle influence as a perceived kingmaker, turning his controversial brand of nationalism into a global movement. THE BRINK follows Bannon through the 2018 mid-term elections in the United States, shedding light on his efforts to mobilize and unify far-right parties in order to win seats in the May 2019 European Parliamentary elections.

Alison Klayman’s debut feature AI WEIWEI: NEVER SORRY, about the Chinese artist and activist Ai Weiwei, premiered at the 2012 Sundance Film Festival where it was awarded a US Documentary Special Jury Prize for Spirit of Defiance. It had its international premeleases around the world, including on over 200 screens with IFC Films in the United States. It was also one of the highest grossing films of 2012 directed by a woman. She has also served as an executive producer on several award-winning films, including the Oscar-shortlisted HOOLIGAN SPARROW and the recent Sundance-winner ON HER SHOULDERS.

“The year’s most urgent documentary, the one you need to see this week.”
— DAVID EDELSTEIN, NEW YORK MAGAZINE