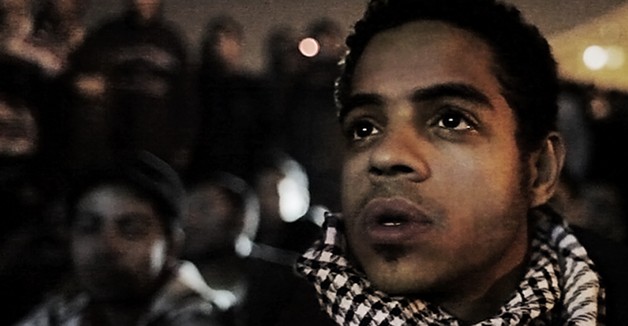 cordially invites you to the Opening Weekend of THE SQUARE
Including a Q&A with the Director Jehane Noujaim and a Drinks Gathering.

The Egyptian Revolution has been an ongoing rollercoaster over the past two and a half years. Through the news, we only get a glimpse of the bloodiest battle, an election, or a million man march. At the beginning of July 2013, we witnessed the second president deposed within the space of three years.

The Square is an immersive experience, transporting the viewer deeply into the intense emotional drama and personal stories behind the news. It is the inspirational story of young people claiming their rights, struggling through multiple forces, in the fight to create a society of conscience. 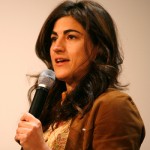 Q&A WITH THE DIRECTOR

Egyptian American filmmaker Jehane Noujaim has worked on various documentaries in both the Middle East and the United States. Before graduating from Harvard, she was awarded the Gardiner Fellowship for Mokattam, an Arabic film she directed about a garbage-collecting village near Cairo, Egypt. Noujaim then joined the MTV News and Documentary Division as a segment producer for the documentary series Unfiltered. She soon left her position at MTV to produce and direct the feature documentary StartUp.com. The critically acclaimed film won countless awards including the DGA and IDA awards for best documentary.

Noujaim continued to work on numerous documentaries as a cinematographer, including Born Rich, Only the Strong Survive, and Down from the Mountain, before directing her next feature in 2004. The film Control Room, a documentary that exposes the difference in media coverage between the Arab and the Western world during the United States’ war with Iraq, was also met with critical acclaim. It was for this film that Noujaim won the coveted TED Prize in 2006 (won previously by Bono and Bill Clinton). Noujaim was the youngest person and first woman to win the TED prize, a prize which grants winners a wish to change the world. Noujaim’s wish was to create a day in which the power of film could bring people from all over the world together to form a global community and allows them to gain a new understanding of each other. This day, called Pangea Day, consisted of a live video conference featuring music, film, and speakers in cities around the world, including Cairo, New York City, and Rio de Janeiro.

Noujaim has continued to work in the US and in the Middle East as an executive producer for such films as Encounter Point and Budrus. She has also co-directed (with Sherief El Katsha) Egypt: We Are Watching You, which premiered as one of the ten films in the Why Democracy series focusing on contemporary democracy around the globe.

Jehane Noujaim has recently worked on two films, Solar Mamas and The Square. Filmed in India and Jordan, Solar Mamas follows women who leave their villages to be trained for six months in India as solar engineers. When these women return home, they solar power their communities.

Never before has a documentary won the Audience Award at both Sundance and the Toronto Film Festival, until now.

“Stunning! [A story] that has not yet been told with such rousing and heartbreaking clarity. Feels like a revelation.”
– A.O. Scott, The New York Times 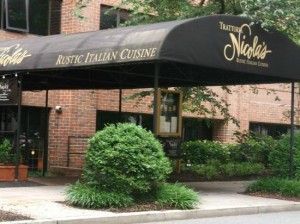